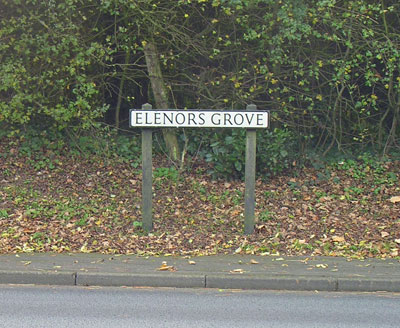 Elenors Grove, Fishbourne
Elenor's Grove, is a section of the A3054 road between Fishbourne Lane and Quarr Abbey.
The name is reputed to come from Queen Elenor (Elenor of Aquitaine (1122-1204) who married King Henry II) being imprisoned at Quarr Abbey and who frequented a thickly wooded grove. After her death, she is reputed to have been buried in the woods within a 'golden coffin'.
Some records indicate that a search for her burial place was undertaken in the mid 19th Century and, although no golden coffin was found, the remains of a wooden coffin containing female bones was.
However, better researched records of her life show that she was imprisoned by her estranged husband, King Henry II, in various castles and strongholds in England between 1173 and 1189. After her release, she returned to France where she died in 1204 as a nun and was buried in the abbey at Fontevraud.