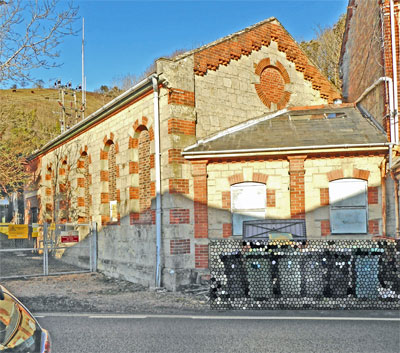 The first public electricity supply on the Isle of Wight was provided in 1899 by the Ventnor Electric Light and Power Company Ltd.

The Ventnor company was was later renamed the Isle of Wight Electric Light and Power Company Ltd they expanded across the island.

The station closed in the late 1920's when the Power Station at Kingston, East Cowes was established to supply the whole of island covered by the company.

Retrieved from ‘https://www.wightpedia.org.uk/index.php?title=Ventnor_Power_Station&oldid=2165’
Categories:
Cookies help us deliver our services. By continuing to use this site, you are consenting to our use of these cookies.