HMS Eurydice was a naval training ship which had been on a tour of the West Indies when, on her way back to Spithead, she entered Sandown Bay, off the Isle of Wight, on 24 March 1878.

A sudden snow squall overtook the Eurydice when she was off Dunnose Point, the ship capsized and immediately sank.

Many of the crew would have been caught below deck, others who survived the initial sinking died of exposure in the freezing waters. At the time she sank, HMS Eurydice had over 300 people on-board, only 2 survived.

Bodies were washed ashore along the east coast of the island, those washed ashore in the Shanklin/Sandown area were buried in Shanklin Cemetery or Christ Church churchyard, Sandown, both contain memorials. Others bodies identified as coming from HMS Eurydice were buried near where they came ashore at Bembridge (3), Chale (1), St. Helen's (1), and Whitwell (2) churchyards - these burials were without memorials. Other bodies were recovered during the salvage operation and were buried at Haslar Royal Naval Cemetery.

The hull of the "Eurydice" was later lifted by the Admiralty, first to Bembridge ledge where she was made water tight, she was then moved to Portsmouth Dockyard where she was broken up.

The Shanklin Cemetery memorial does not name those buried there, six were unidentified, the other was identified as just W. Bowen. The memorial was produced by a Mr. F. J. Moynihan of London in Portland stone and was erected by public subscription. It is surmounted by a naval trophy of crossed anchors, broken cable, and a cannon pointing to the spot where the Eurydice foundered. The memorial was unveiled by Lady Isabel Atherley on 23rd June 1880.[1] 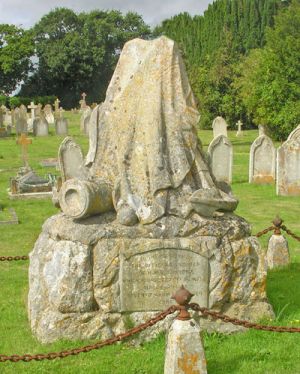 The memorial in Christ Church churchyard was also raised by public subscription, with an Admiralty grant, it is of Portland stone and was executed by Mr. Joseph Ellery of Ryde, Isle of Wight[2]. 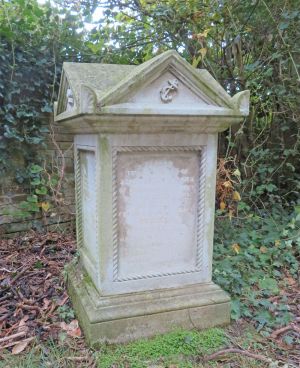 Memorial in Christ Church churchyard, Sandown
Retrieved from ‘https://www.wightpedia.org.uk/index.php?title=Eurydice_(HMS),_shipwreck&oldid=2879’
Categories:
Cookies help us deliver our services. By continuing to use this site, you are consenting to our use of these cookies.