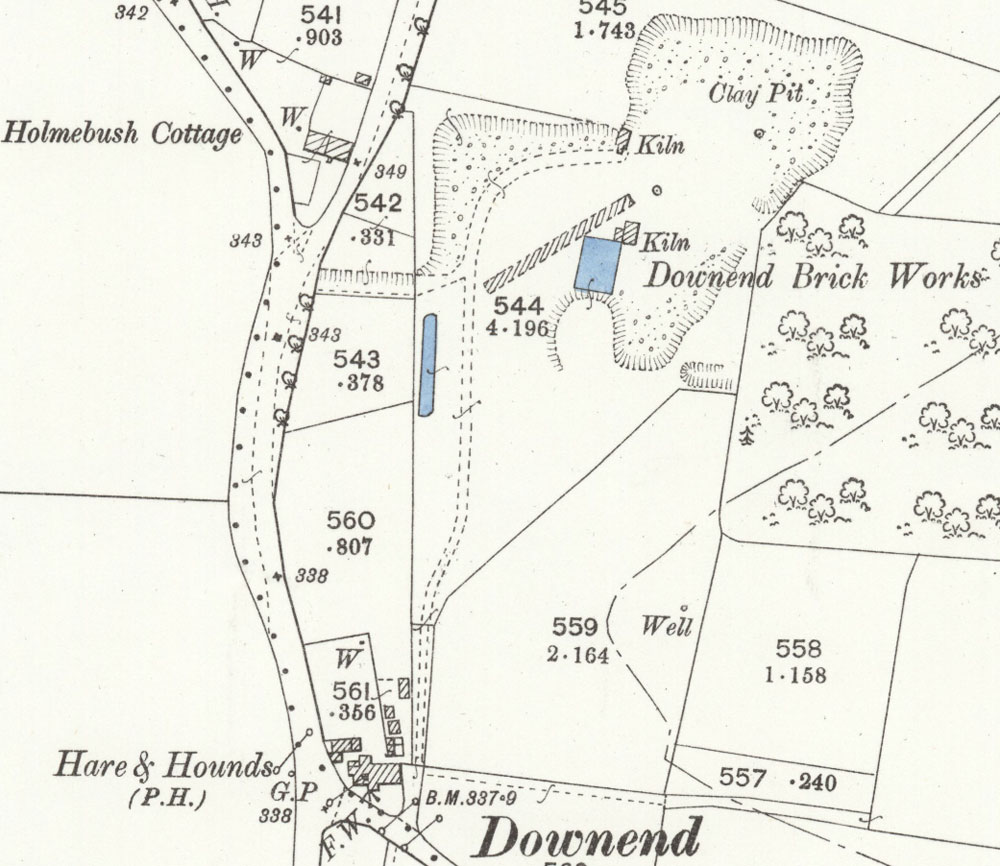 The 1863 OS map shows the brickyard at Downend.

Street directories record the proprietor over the years:

In 1926 the yard was taken over by the Downend Brick Manufacturing Company. The Directors of the Company were Frank Moore, his son Martin, W.C.Smith of Smith and Whitehead, a Newport Engineering company, Frederick P. Spencer, a sportsman of Newport, and G.Cooper, manager of Wood and Co Ltd., Coal Merchants of Newport.

The company continued to operate the yard until 1957 when it was acquired by the adjacent Fleming Estate. It operated under the new ownership for just over a year before closing in 1959.

Today (2020), the site forms part of Robin Hill County Park - there are no signs of the old brick yard.

Retrieved from ‘https://www.wightpedia.org.uk/index.php?title=Downend_Brick_Yard&oldid=1986’
Categories:
Cookies help us deliver our services. By continuing to use this site, you are consenting to our use of these cookies.