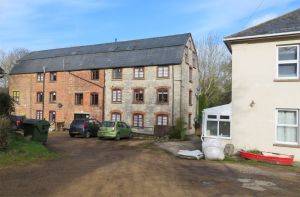 West Mill was a 18th century corn mill situated on the Lukely Brook, just north of the Carisbrooke road, Newport Isle of Wight. Adjacent to the mill is a separate house for the miller

The mill has 3 storeys with loft and basement, the mill pond was to the west.

In 1844, John Hardley was recorded as being in occupation of West Mill[1]. 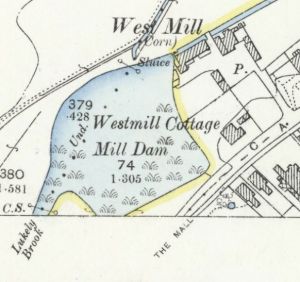 The mill pond has been filled in and the area developed.

After a period of being used as a furniture warehouse, the mill building was converted into apartments in the 1990's[4].

Retrieved from ‘https://www.wightpedia.org.uk/index.php?title=West_Mill,_Newport&oldid=2882’
Categories:
Cookies help us deliver our services. By continuing to use this site, you are consenting to our use of these cookies.