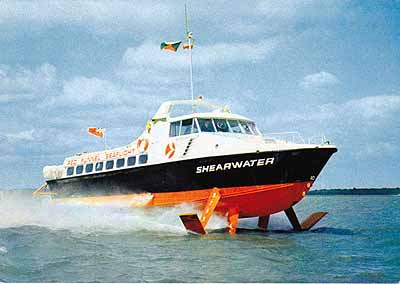 A number of different Italian made Hyrdofoils were used over the years by Red Funnel as high speed passenger ferries between Cowes and Southampton. 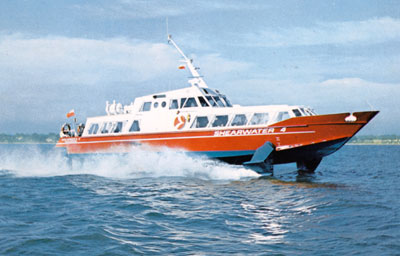 With the introduction of the Red Jet class of passenger ferries from 1991 onwards, the hydrofoils were used less and the last one was disposed of in 1999.

Retrieved from ‘https://www.wightpedia.org.uk/index.php?title=Red_Funnel_Hydrofoil_Passenger_Ferries&oldid=1675’
Category:
Cookies help us deliver our services. By continuing to use this site, you are consenting to our use of these cookies.