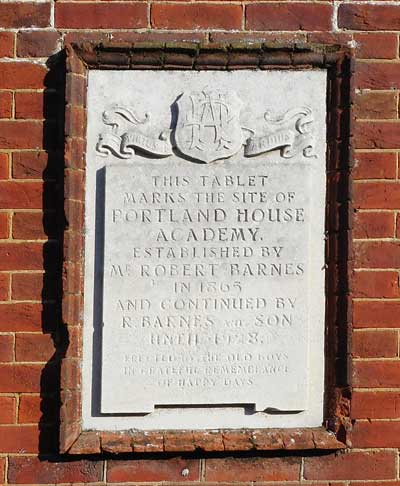 The Portland House Academy was established by Robert Barnes in 1865 in Portland House on Carisbrooke Road - it later extended to a property on the corner of West Street and Trafalgar Road.

Following the death of Robert Barnes in 1894, the school continued under the leadership of his son, Edwin George, until 1928 when the school was closed in anticipation of a road widening scheme and an extension of the Morey & Sons timber yard factory in West Street.

A tablet (above), on the corner of West Street and Trafalgar Road records the final location of the Portland House Academy, the tablet was erected by some 'old boys'. 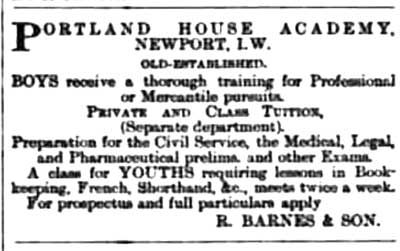 In 2020 there is a 'Blue plaque' on Portland House at 43 Carisbrooke Road remembering Headmasters Robert and Edwin Barnes who lived there 1850 - 1940. 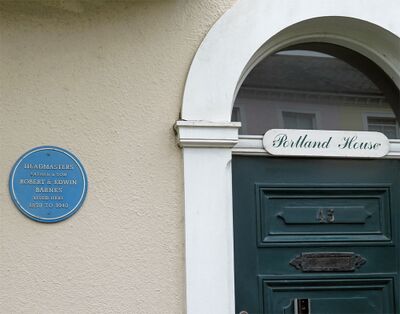 Retrieved from ‘https://www.wightpedia.org.uk/index.php?title=Portland_House_Academy,_Newport&oldid=2427’
Categories:
Cookies help us deliver our services. By continuing to use this site, you are consenting to our use of these cookies.