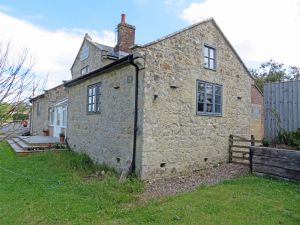 The village school at Chale, Isle of Wight was established in 1843 and finally closed in 2010.

With the introduction of the Isle of Wight County Education Committee, the school became an Elementary School by 1911 with average attendance little changed at 76 boys and girls, and 27 infants[2].

Over the following years an assembly hall, IT facility and kitchens were added.

By 2009 the school was known as the Chale Church of England Primary School and had about 20 pupils, making it the smallest school on the Isle of Wight. At that time the IW Council were reorganising the schools across the Island and proposed closure of the Chale school. Despite local campaigning against the closure, the school was closed in 2010.

The buildings and land, which were jointly owned by the IW Council and the Diocese of Portsmouth, were offered for sale and sold.

2021, the building is being restored as a private residence.

Retrieved from ‘https://www.wightpedia.org.uk/index.php?title=Chale_School&oldid=2575’
Categories:
Cookies help us deliver our services. By continuing to use this site, you are consenting to our use of these cookies.