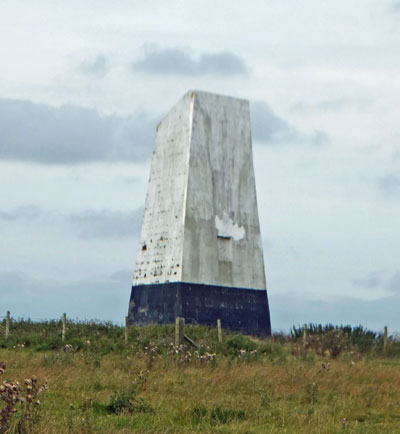 Ashey Seamark is on the summit of Ashey Down, Isle of Wight, south of Ryde and west of Brading.

It is a triangular structure erected in 1735 during the reign of George II by the Trinity Board; and guides the navigation into St. Helen's Road at Spithead.

A watercolour by John Nixon dated circa 1806 shows the seamark with a nearby Admiralty Signal Station; just one of a number built across the Isle of Wight in Napoleonic times so French naval activity in the English Channel could be signalled to Portsmouth naval base.

Retrieved from ‘https://www.wightpedia.org.uk/index.php?title=Ashey_Seamark&oldid=2406’
Categories:
Cookies help us deliver our services. By continuing to use this site, you are consenting to our use of these cookies.