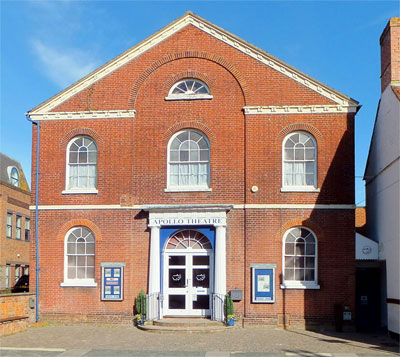 The Newport Repertory Club was established in the early 1950's using various halls around Newport. By the late 1970's the need for a permanent home for the Newport Repertory Club led to the acquisition of the chapel and the formation of the Apollo Theatre Charity in 1970. This coincided with the American Apollo moon landing and hence the name. The Apollo Theatre Players were the resident, amateur, company of players.