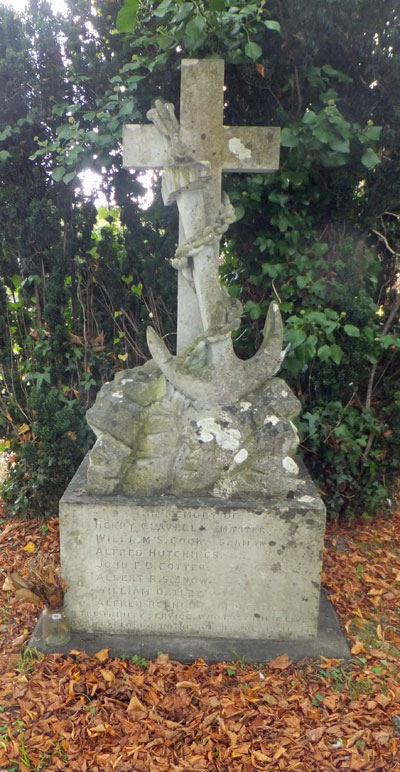 On July 19th 1894, seven members of the crew of Trinity House Vessel Mermaid were killed while engaged in blowing up the wreck of a yacht on the Brambles Bank at the entrance of Southampton Water.

The crew lowered a number of explosive charges down tubes to the wreck and lit the fuses. However, the last charge did not explode so the crew prepared a larger charge to finish the job.

For some reason, possibly the failed charge was recovered, there was an explosion in the boat and all seven crew on board were killed.

A memorial stand in East Cowes Cemetery to the seven crew killed:

The families were give £10 each by Queen Victoria and Trinity House awarded the widows a pension.