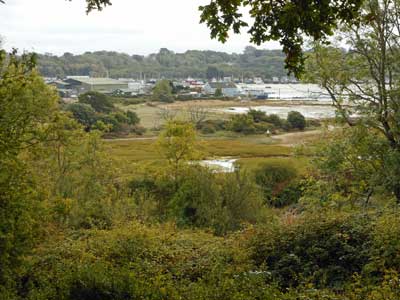 View from memorial stone seat
St Helens Common is an area of common and woodland on the south side of Duver Road at St Helens. A footpath descends the slope from Duver Road through the woodland to the Duver, but apart from that, there is no public access. 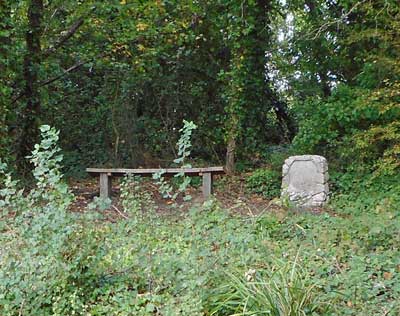 Hilda married Dr Ernest Ainsley-Walker and died in 1917, Ronald played international rugby for England and was killed in WWI, May 1915, Janet married Charles Symonds in 1915 and died in 1919.