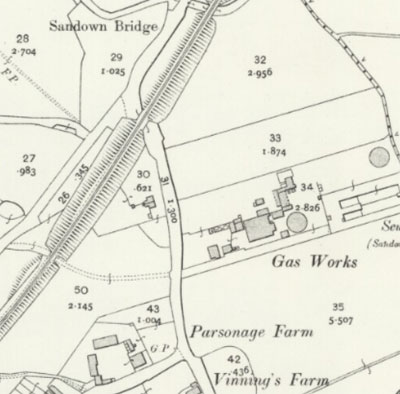 The company was nationalised in 1949 and became part of the Southern Gas Board.

The works closed in 1957 when a new Gas Works was built at Kingston, East Cowes to supply the whole island.

The gasometers continued to be used at the Sandown site, to locally store the gas, until the installation of a cross Solent gas main in the 1970's to supply the island with Natural (North Sea) gas.

After closure, the site was used as an industrial estate.