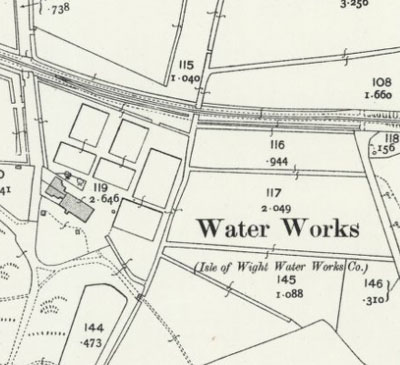 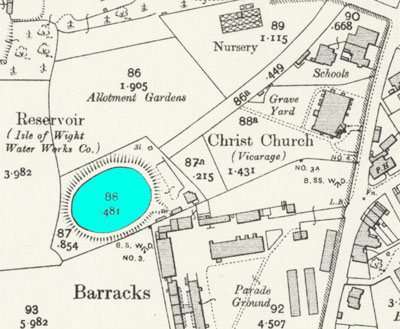 Lake Hill Reservoir
Later a covered reservoir was built on Brading Down to supply Brading. 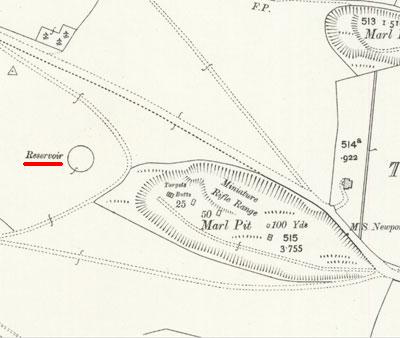 Brading Down Reservoir
The Sandown and Shanklin Urban District Council purchased the company in 1928.

In 1951 the Isle of Wight Water Board took over responsibilities and subsequently the network was further extended to supply St Helens, Seaview and the east part of Ryde.

Abstraction capacity had been increased with a new new intake at Alverstone, with a pipeline along the side of the old railway track to the Lake Common pumping/treatment station. A further reservoir was constructed near Wroxall to supply Shanklin.

Later the Island Board was to come under the Southern Water Board, and in 1989 the industry was privatised.